Eritrea’s time tested values and principles are the qualities that give all the confidence.

As Eritreans around the world celebrate their country’s 26th Independence Anniversary, it is the realization of what they have been able to achieve, against all odds and despite extreme hostilities, which will inspire and boost confidence in the young nation’s future.

Coming out of a bitter 30 year struggle for the liberation of their beloved nation, Eritreans were thrust into an even more hostile world where scalawags and carpetbaggers of all kinds, each claiming for its own what belonged to the nation and its people.

Post-independence Eritrea was forced to defend its sovereignty and territorial integrity, endured 15 years of Ethiopian occupation of its sovereign territories, faced unprecedented machinations to thwart its independence, and repelled a vicious attack on the integrity of the new nation. It has not been easy… and it does not mean that it had no costs, but in the end, these seemingly insurmountable challenges have produced a resilient, self-reliant, and confident population, where the can-do spirit is more than just a slogan.

Eritreans are known for their perseverance – the indomitable spirit; the courage that enabled them to take on a much larger enemy; the kind of courage and confidence needed to conquer fear….and death.

When Eritrea’s freedom fighters said, “Our Victory is Certain”, it was not because they stared into a crystal ball, but because they knew their destiny was in their own hands; that their determination and perseverance, coupled with hard work and sacrifice, was the only guarantee of that certainty. It is with that same conviction, that confidence in their own ability that enabled them to embark on the arduous nation building process.

The odds were stacked against Eritrea from the very beginning. Analysts estimate the odds of civil war onset as 5.25 times greater in the first two years of a state’s independent existence than in other years.

In Eritrea, despite efforts by Eritrea’s enemies to foment crisis, it didn’t happen. Peace, stability and security were restored throughout Eritrea almost immediately after the liberation of Asmara. The country was awash with weapons and the economy was in shambles, yet, there was no chaos. Eritrea’s ethnically diverse and politically conscious population needed no police force. The cost of independence was too high to be squandered… there was much more that had to be attained to fulfill their dreams and aspirations. 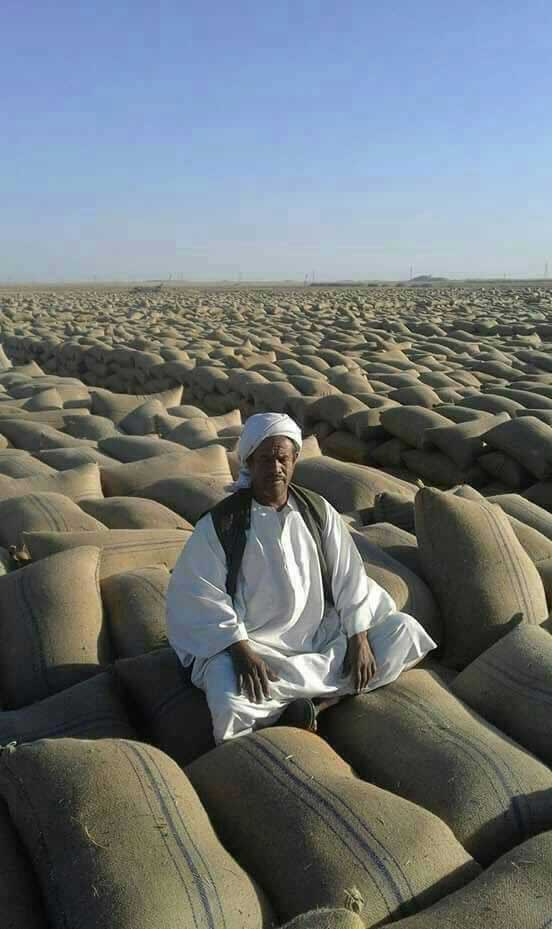 Unlike what we saw in newly independent states such as Namibia (1991), East Timor (1991), South Sudan(2011), Eritrea did not get international recognition, nor financing, immediately after the end of the armed struggle. The “government in the jungle”, the government of the day with its rudimentary institutions, faced enormous challenges… but as they did with challenges in the past, faced them head on.

Famine and hunger loomed in the Horn region during the struggle due to negligence and Ethiopia’s scorched earth policies, but it did not deter the EPLF from working to alleviate the suffering of the people whilst fighting the enemy.

At independence, Eritreans faced daunting challenges, including food and water insecurity, but set out immediately to rehabilitate and reconstruct their war torn nation from scratch. They had to rebuild all institutions of government and most importantly issue Eritrea’s own currency, the Nakfa. By aggressively working on rebuilding Eritrea’s debilitated infrastructures, 26 years later, they have turned their country around.

It was neither international recognition nor support that gave Eritreans the confidence to call for a referendum on independence on April 1993, two years after the Eritrean People’s Liberation Front (EPLF) marched into Asmara, bringing an end to Ethiopia’s 30 years long occupation. Rather, it was a belief in themselves, their deep rooted exemplary cultures of ethnic and religious respect and tolerance, and the sacrifices made by every Eritrean family. They were also cognizant of and had long experience with the international community and its historical betrayals. It was better to wait two years, no matter the hardships, and guarantee Eritrea’s independence through a national referendum, forever….

From the referendum for independence, to the constitution making process, to the senseless “border conflict” with Ethiopia, to the botched mediation process, to the Algiers Agreements, to the work of the Eritrea Ethiopia Boundary Commission (EEBC), the Eritrea Ethiopia Claims Commission (ECCC), to the illegal unfair and unjust sanctions resolutions 1907 and 2023, to the orchestrated vilification campaigns at the UN Human Rights Council, the attempts to thwart Eritrea’s independence, weaken the people’s resolve, interfere with Eritrea’s economic development, undermine Eritrea’s internal security, disrupt Eritrea’s political programs and hijack her nascent institutions, have allowed Eritreans to glean enormous experiences in the last 25 years.

These were some difficult moments that tested the nation’s patience and magnanimity… and exposed the double standards and hypocrisy that permeates international relations these days.

Eritreans learned a long time ago that self-reliance, being less dependent on external help, and changing the culture of dependency throughout the population, would be the key to their political and economic independence. A time tested principle held from the days of the liberation struggle.

In a speech made in Rome on 21 March 1973, a representative of the EPLF said the following:

“…self-reliance is a question of political line. It means developing an independent political line for one’s struggle on the basis of an analysis of the concrete conditions of your country… self-reliance means to rely on the masses, to mobilize them and release their boundless energy and revolutionary zeal. It means to rely primarily on the material and human resources of your country…”

It was not arrogance that compelled Eritreans to choose this route, but rather confidence in their choice, a studied choice that has been misrepresented and maligned for the last 25 years by Eritrea’s arch enemies.

Somehow it was considered scandalous, that Eritreans would insist on having a central role in the development of their own country, as if they were intellectually inferior, and could not achieve their goals without external instruction or validation. The reliance in themselves has paid off, and Eritrea today is a nation marching ahead in all fields, steadily, as a confident nation.

Eritrea has met or exceeded development benchmarks set by the United Nations, has achieved more in the short 25 years of independence than those who boast of 3000 years of civilization. It takes courage to take this path… a path only a confident nation can undertake.

Integrity in leadership matters. An honest, upright, incorruptible and mostly principled leadership goes a long way. President Isaias Afwerki embodies Eritrea’s confident mood and character. We need no look further than some of Eritrea’s neighbors, who are at war with their own people, insecure in their own positions, incapable of inspiring confidence internally or in their vast Diaspora populations. In Ethiopia, the minority ruling clique is the most hated and distrusted of all previous regimes.

Many questioned Eritrea’s economic viability and the policy-making competence of Eritrea’s leadership, despite the EPLF’s long experience, and documented achievements and unparalleled record, in the field.

Eritrea was initially reproached because it did not bow to International Monetary Fund (IMF) and World Bank (WB) dictates, notwithstanding the fact that neither IMF nor WB had a very good track record in Africa. In fact, its structural adjustment programs in Africa have devastated many African economies and left them perpetually dependent on foreign aid. Eritrea chose partnership over aid. The EPLF made it clear, way back then – “Under no circumstances will the EPLF barter its principles and political line in exchange for arms and other supplies”.

“…We would like to repeatedly remind those governments or peoples who support our struggle avail us of their help because we are engaged in a just struggle for national liberation. If they offer assistance for any ulterior motives, however, we do not need such support and will firmly reject it … We are convinced that whatever aid in exchange for our national rights is more injurious than beneficial to our struggle…”

There were many who undermined Eritrea’s potential, some audaciously claimed Eritrea had little or no “natural resources”. The bad rumor about Eritrea lacking “natural resources” lingered until recently. In April 2005, in an article for African Business, Neil Ford wrote:

“…While lack of natural resources is certainly not helping Eritrea’s attempts to establish itself as an economically viable state, geopolitical problems in the region are perhaps more to blame than the lack of oil or diamond wealth… it is impossible to predict how the country will fare in the longer term. One thing is certain: as wealth becomes more dependent on knowledge rather than natural resources, any state can prosper under the right circumstances…”

Today, investors are clamouring… the word is out… Eritrea is not resource poor, rather it is sitting on pure gold – on land and on water.

Eritrea’s attempts to utilize its own resources faced many challenges, but its commitment did not waiver. That perseverance has paid off and today Eritrea’s bustling mining sector has added potash to its list of lucrative minable minerals which include Copper, Gold, Silver, Zinc and others. There are about a dozen mining companies now operating in Eritrea and the prospects for more investors increase from year  to year. Today, potash is the mining rave… and Eritrea has loads of it.

“…The Colluli deposit comprises a JORC 2012 compliant 1.3 billion tonne potassium bearing resource, which includes a massive 1.1 billion tonne ore reserve. The massive ore reserve will support decades of future growth. The DFS minelife estimate exceeds 200 years… In addition to the potassium bearing salts, the resource also contains a JORC 2012 compliant high grade rock salt resource of approximately 350 million tonnes, as well as appreciable amounts of kieserite, magnesium chloride and gypsum. This combination of salts forms the foundation of what will become a globally significant, long life, diversified multi-agri commodity business… Colluli is located only 75km from the Red Sea coast, making it the closest sulphate of potash project to a coastline anywhere in the world. Sitting at the epicentre of booming population growth, Eritrea is strategically positioned to take advantage of current and future the key markets of the future…”

Achieving the UN Millennium Development Goals, rehabilitating and rebuilding dilapidated structures, laying economic and intellectual infrastructures, increasing and improving human capacity, ensuring food and water security, are just some of the successes of the last 26 years.

It would be an understatement to say that the international environment in the last 26 years has been extremely hostile to Eritrea. But Eritrea prevailed…

As Eritreans close this chapter in their history and embark on the next chapter, it behooves all to rethink their negative attitudes about this new nation and its people. The experiences of the last 26 years have strengthened rather than weakened the nation, and in a world too full of cynicism and pessimism, Eritreans are today, even more optimistic about their future…and have grown as a nation – into a self-confident nation.

Eritrea’s time tested values and principles are the qualities that give all the confidence, and guarantee, that Eritrea’s future is even brighter ….