The execution of the mandate is a critical project financing and execution milestone.

Danakali Ltd (ASX:DNK) has executed a mandate to provide fully underwritten debt finance facilities of US$200 million to fund the construction and development of the Colluli Potash Project in Eritrea.

The mandate follows the signing of a US$200 million non-binding indicative term sheet.

Danakali’s CFO Stuart Tarrant said: “The execution of the mandate represents a significant milestone for the Colluli project funding.

“We are very pleased to be partnering with strong, experienced African financial institutions.

“Initial bank due diligence and subsequent negotiations have significantly advanced the project financing process and built on the finalisation of the binding off-take agreement with EuroChem placing CMSC in strong position to advance the Colluli Project .”

The execution of the Mandate is a critical project financing and execution milestone.

Once the remaining aspects of due diligence are finalised and preconditions satisfied the mandated lead arrangers will proceed to credit approval and execution of the syndicated loan facility.

The ability to drawdown funds will follow after satisfaction of the conditions precedent to be agreed in the facility. 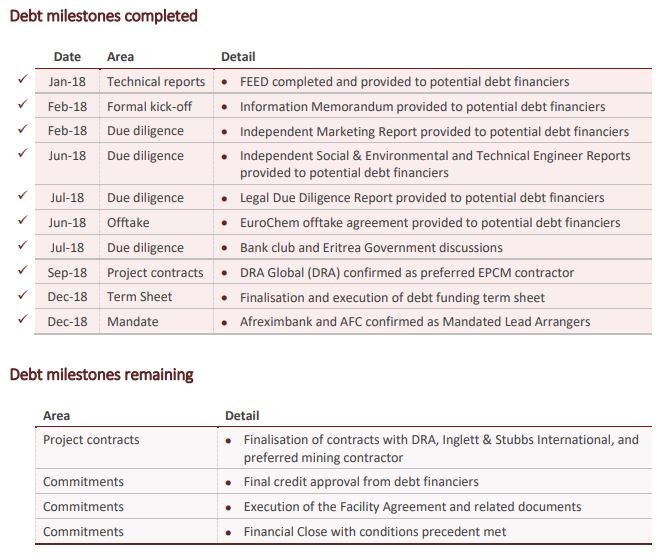