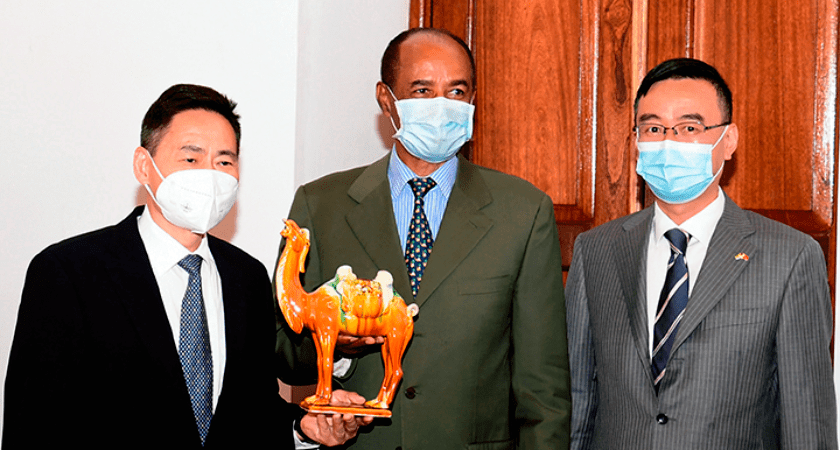 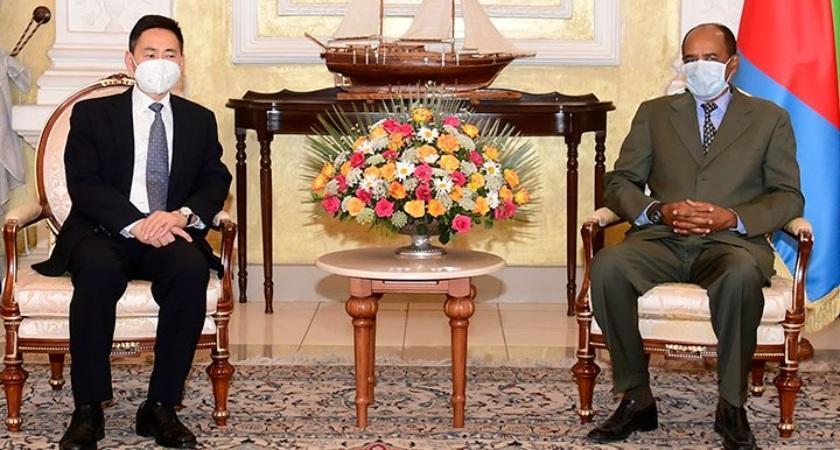 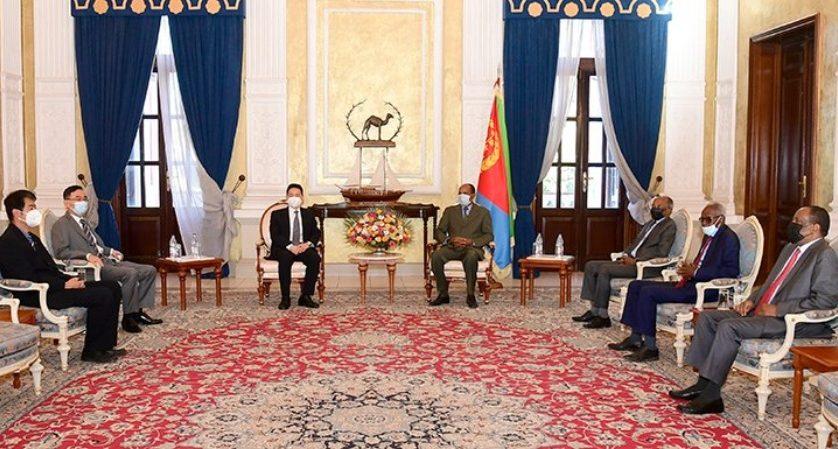 President Isaias Afwerki met and held talks, at State House in the morning hours of today, 12 March, with the Special Envoy of the People’s Republic of China to the Horn of Africa, Ambassador Xue Bing.

At the meeting, President Isaias Afwerki underlined Eritrea’s appreciation for the constructive role of China in bolstering the ongoing endeavors by the Horn of Africa countries for regional integration.

Regarding international issues, President Isaias expressed Eritrea’s support to the proposal of China for the Horn of Africa Summit in the first half of this year and emphasized China’s indispensable role in the maintenance of crucial balance.

President Isaias also elaborated on Eritrea’s development projects for the period ahead.

Ambassador Xue Bing, on his part, underlined China’s readiness to deepen bilateral ties with Eritrea as well as to promote regional security, development, and good governance.

Ambassador Xue also underscored Eritrea’s vital role in China’s earnest initiative for peace and stability in the Horn of Africa.

The meeting was attended by Mr. Osman Saleh, Minister of Foreign Affairs, Presidential Adviser Mr. Yemane Gebreab, and Mr. Hagos Gebrehiwet, head of Economic Affairs of the PFDJ, as well as Mr. Cai Ge, Ambassador of the People’s Republic of China to Eritrea.

My colleague Xue Bing, Special Envoy for the Horn of Africa Affairs of the MFA, met with President Isaias Afwerki in #Eritrea today. #China🇨🇳 is ready to deepen bilateral ties with #Eritrea🇪🇷 as well as to promote regional peace&development. pic.twitter.com/TRF5oypl8u