“I am very pleased to have decided with President Xi Jinping to establish bilateral relations as a strategic partnership.” – President Isaias Afwerki 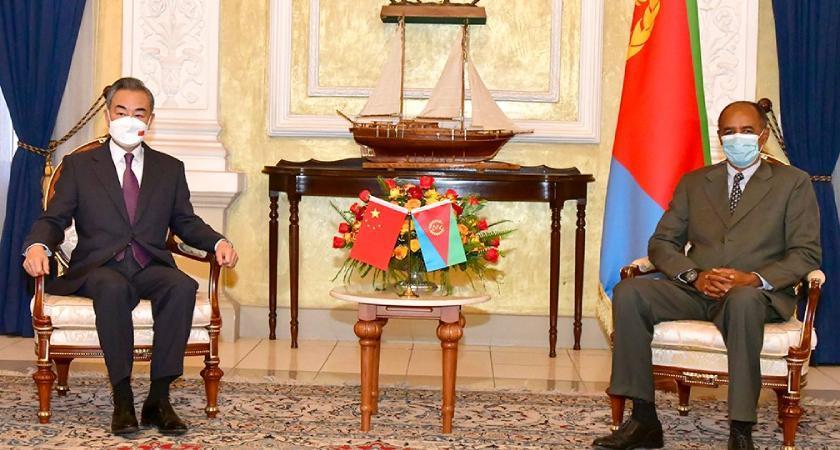 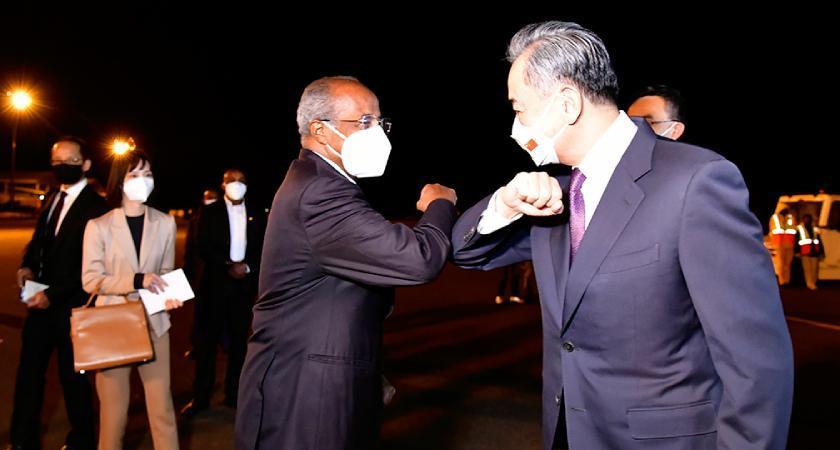 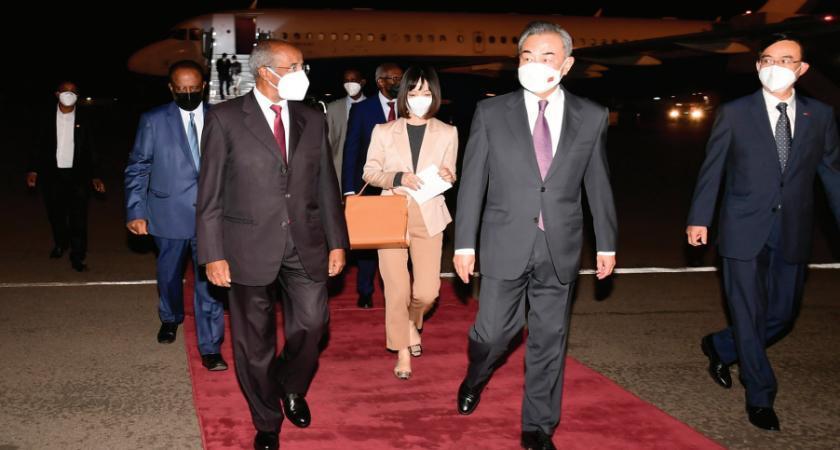 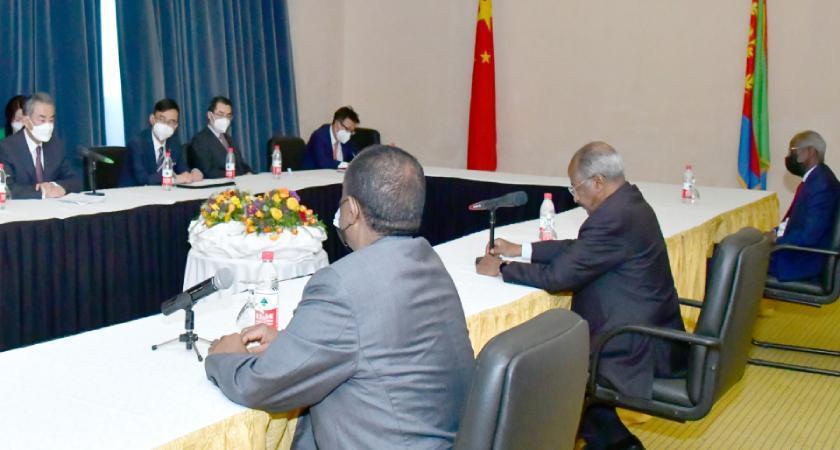 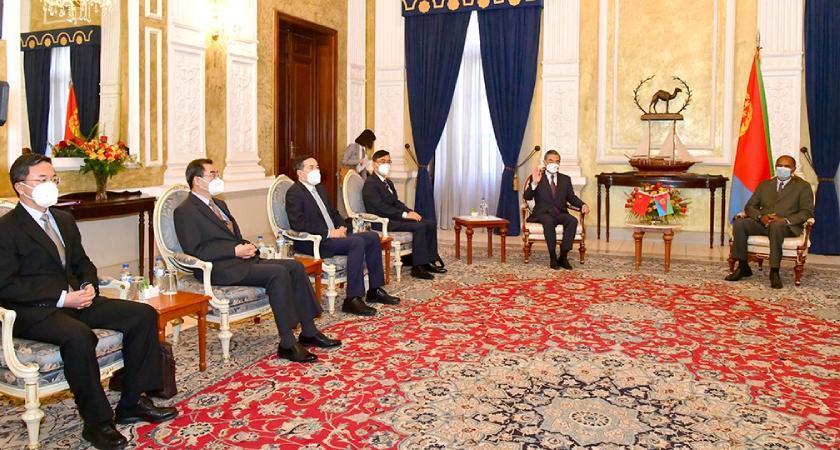 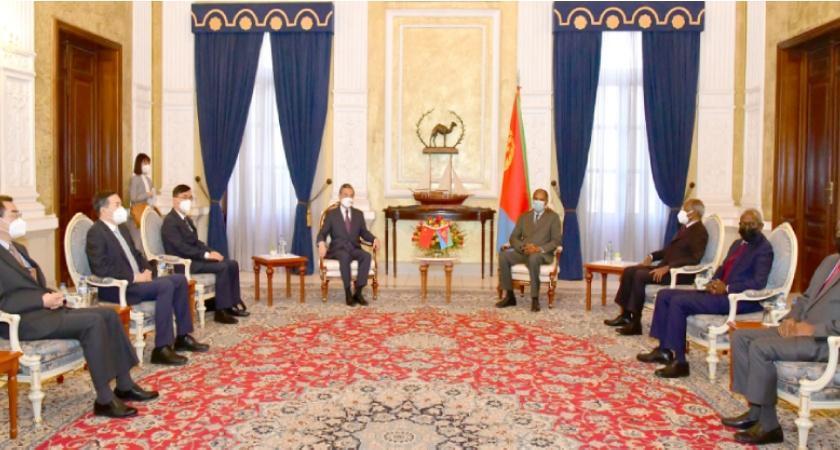 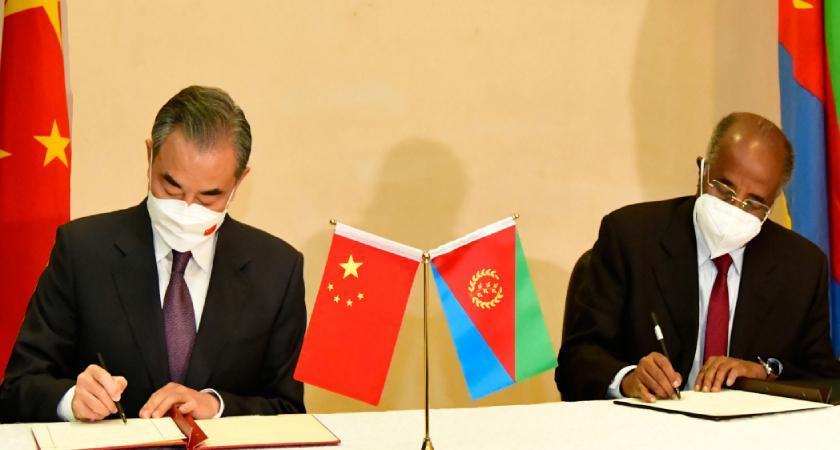 Eritrea was the first stop of the Chinese Foreign Minister’s opening visit this year, which fully demonstrates the importance China attaches to China-Eritrea relations and traditional friendship.

President Isaias also elaborated on Eritrea’s developmental priorities and its perspectives on regional and international issues of mutual importance.

President Isaias said Eritrea and China enjoy a solid foundation of friendship rooted in the principles and concepts of mutual respect and non-interference.

The decision of the two heads of state to elevate China-Eritrea relations to a strategic partnership has opened up broader prospects for bilateral cooperation.

Speaking after a meeting with President Isaias, Wang condemned the US and some European countries for imposing unilateral sanctions on Eritrea as he announced further moves to deepen Beijing’s cooperation with the Horn of Africa nation, which recently joined China’s infrastructure investment strategy the Belt and Road Initiative.

For Beijing, Eritrea represents a strategic opportunity. It borders Djibouti, where China has its only overseas military base, and it also has a long coastline that offers access to the Red Sea.

China is ready to work with Eritrea to turn the traditional political friendship between the two countries into a driving force for economic cooperation, turn Eritrea’s rich natural resources into its development advantage, and help Eritrea enhance its capacity for independent development and speed up its industrialization process.

The two sides agreed to work on joint development programs including human resources development, infrastructure, and development of Massawa and Assab ports as well as in the mining sector.

China will firmly support Eritrea in safeguarding sovereignty, independence, and national dignity, opposing external interference and unilateral sanctions and exploring a development path suited to its national conditions and supported by its people. 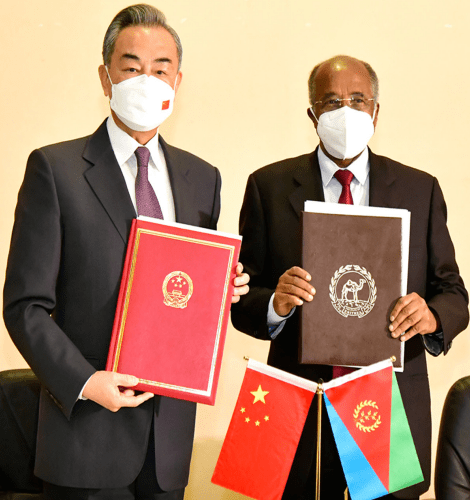 2) Both sides are encouraged by the confirmation of further consolidation and development of the Strategic Partnership by the two Heads of State and agreed that the Strategic Partnership of the two countries is rooted in the tradition of mutual support, based on similarities in the historical trajectories of the two countries and their shared values, predicated on respect of the rule of law, independence, sovereignty, territorial integrity, and cooperation, aimed at promoting global and regional peace, stability and prosperity.

3) Both sides agreed to actively conduct practical cooperation, under the framework of the Strategic Partnership and Forum on China-Africa Cooperation, in various sectors of mutual interest.

4) Both sides agreed to uphold the common values of peace, development, fairness, justice, democracy, and freedom for all mankind, and oppose hegemonic interferences in the internal affairs of other countries under the pretext of democracy and human rights. The Chinese side stands against any unilateral sanctions on Eritrea. The Eritrean side reaffirms adherence to the one-China principle.