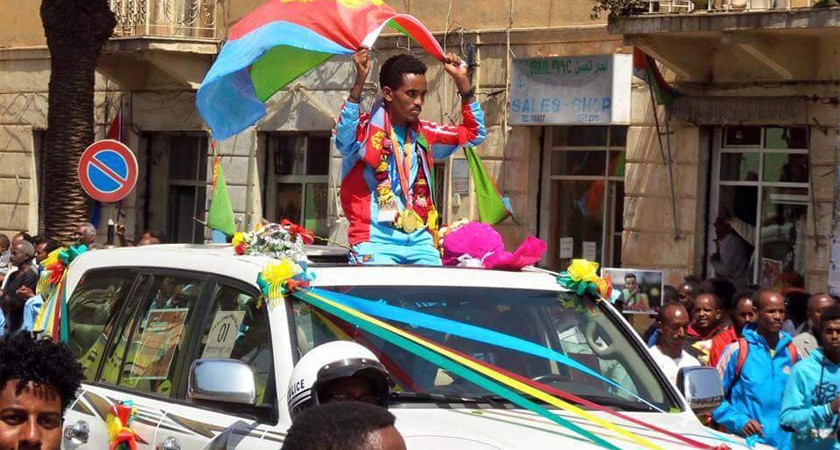 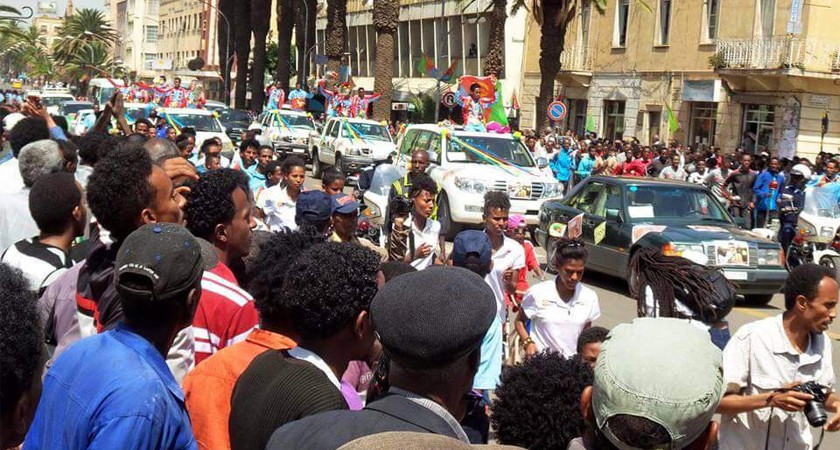 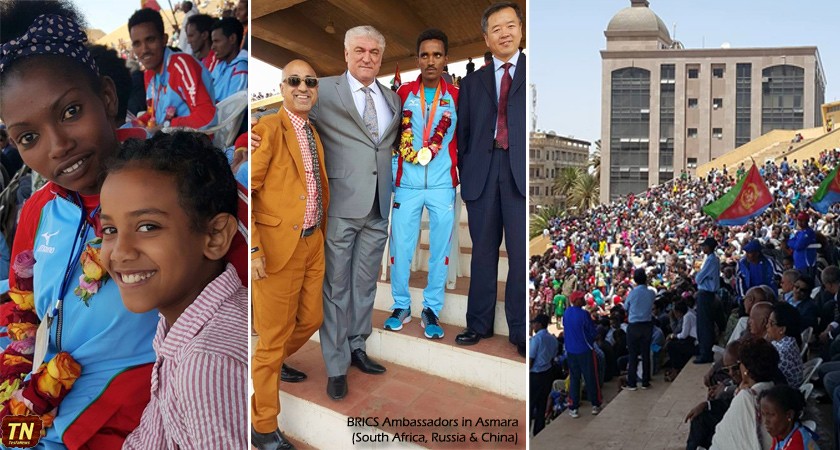 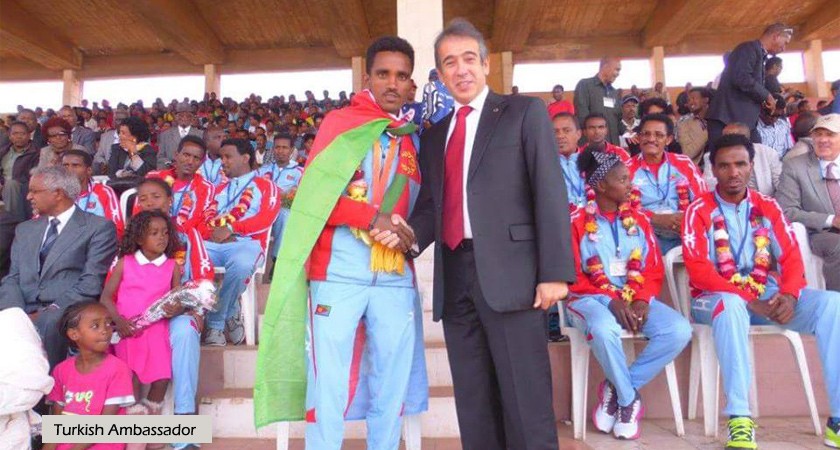 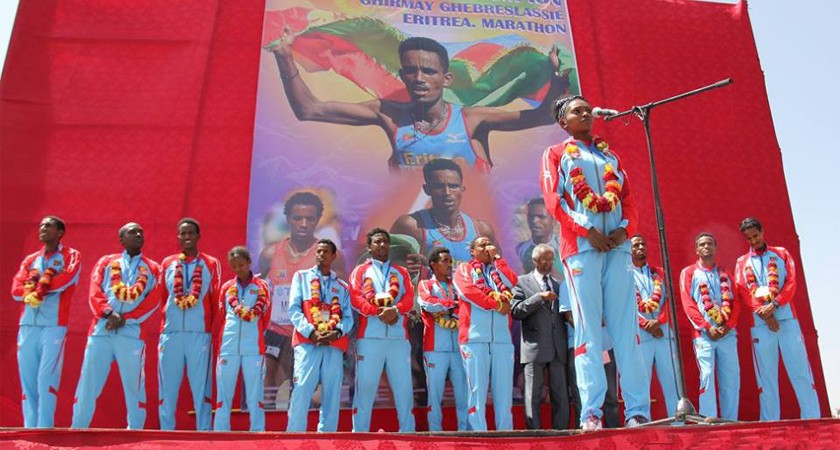 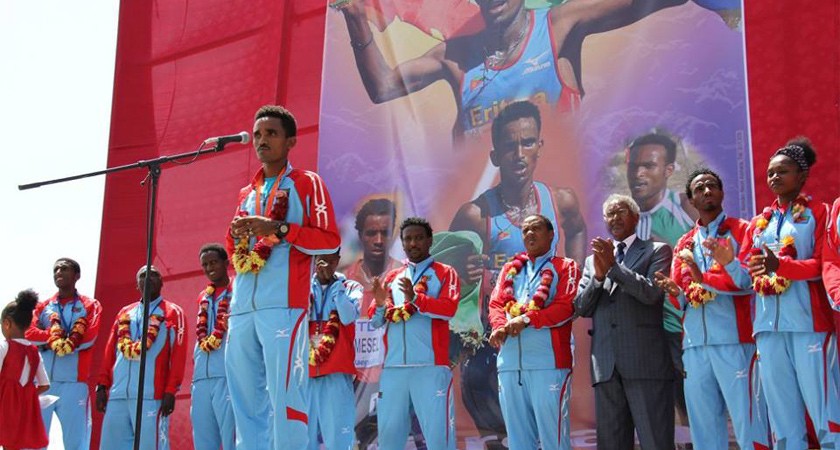 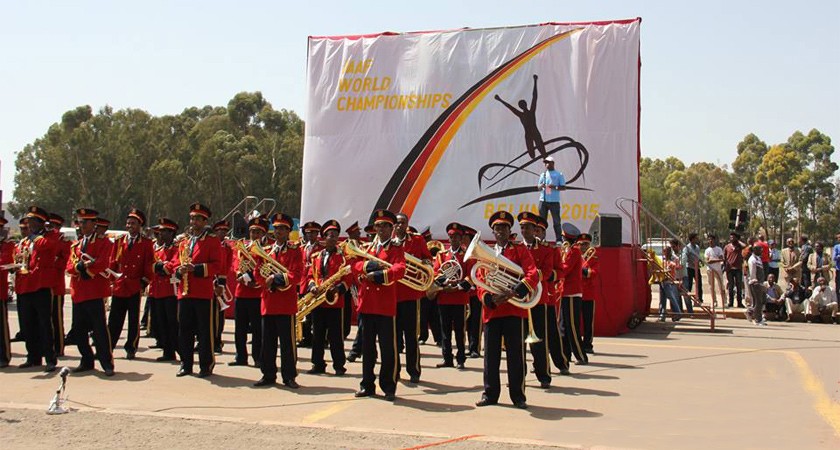 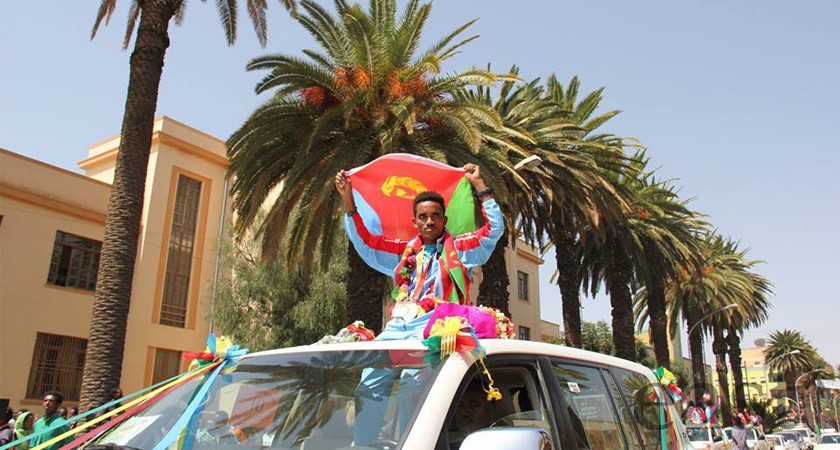 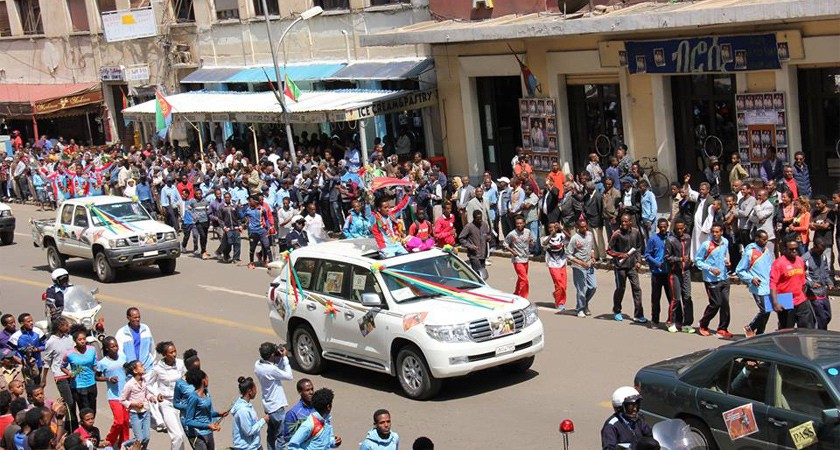 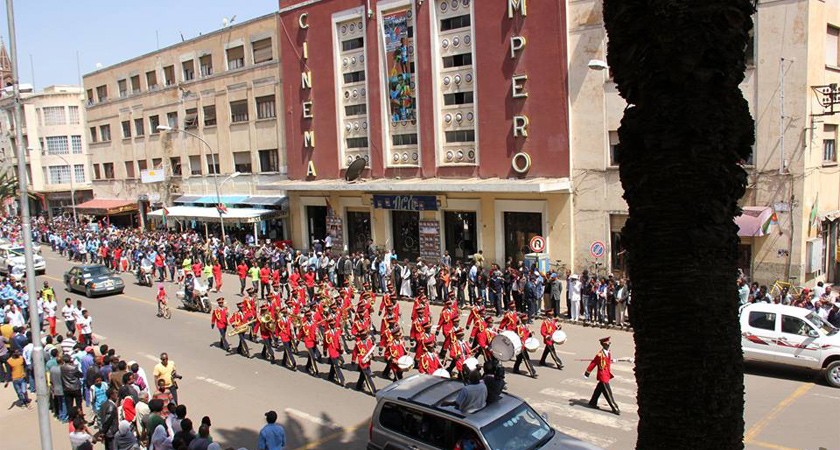 Eritrean athletes were accorded heroes’ welcome on arrival today in Asmara following their shinning victory at the 15th Beijing Athletics World Championship conducted from 22 to 30 August.

Residents of Asmara and its environs turned out in thousands to give moving welcome to the victorious athletes. The welcoming ceremony took place from Asmara International Airport to Bahti-Meskerem Square. The parade included the Marching band, along with nationals lining on the pavements chanting and singing. The ceremony was broadcast live on ERI-TV and the national radio.

President Isaias Afwerki received the athletes at State House. The President congratulated them on behalf of the people and the Government of Eritrea. President Isaias stated that the Government and people of Eritrea are proud for the memorable victory achieved and expressed his confidence and trust in all the athletes exerting more efforts in the future for yet more victories.

The Gold medallist, Athlete Ghirmai Gebreselassie stated that this victory is an opener and a new chapter for him and the country. He said that he was speaking for all the athletes when he pledged that his colleagues and himself will work harder for higher results in the times to come.

The ceremony at Bahti-Meskerem featured various songs and cultural shows.

Eritrea stood 15th at the Beijing World Championship in which more than 200 countries participated.