Asmara: A Beauty Frozen in Time 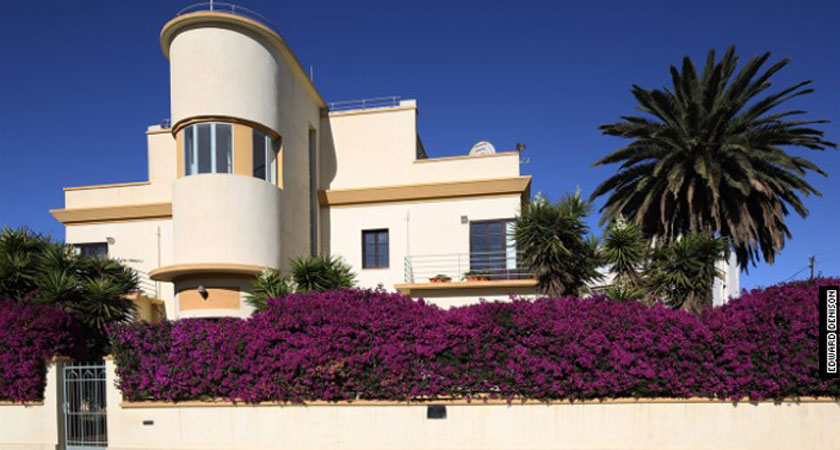 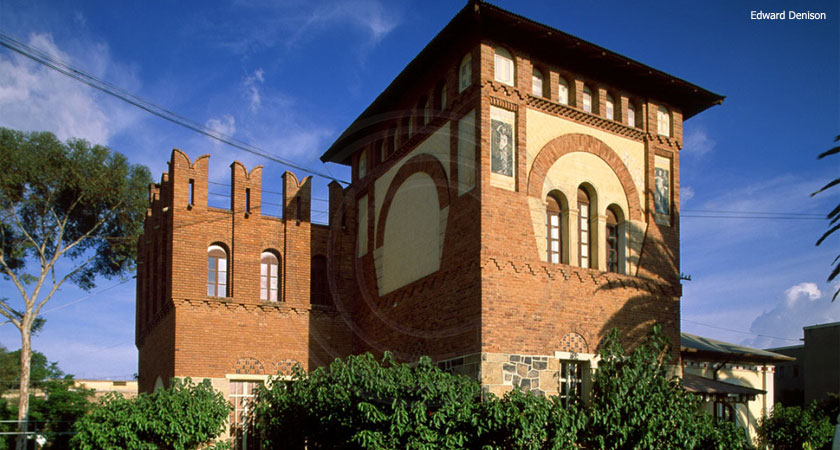 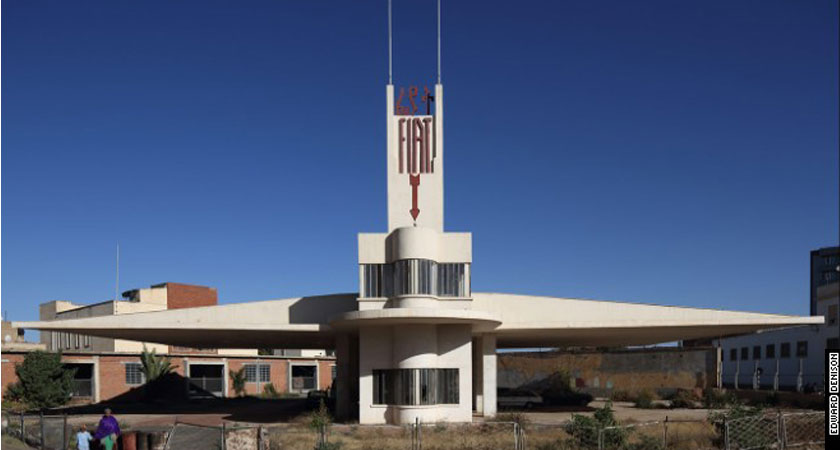 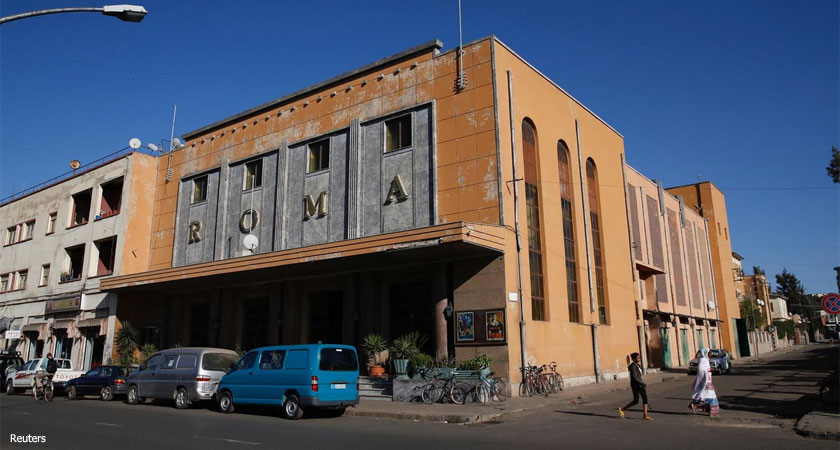 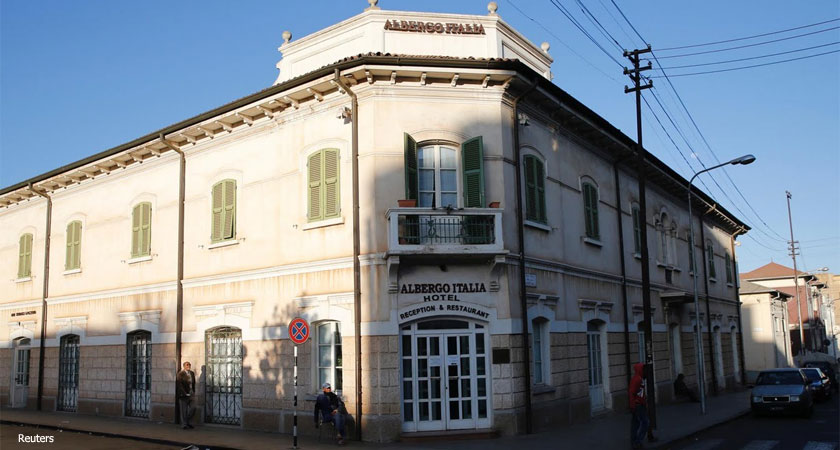 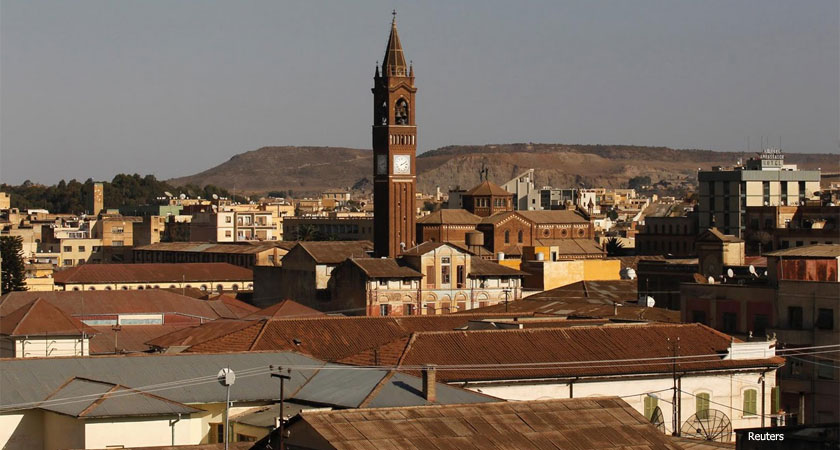 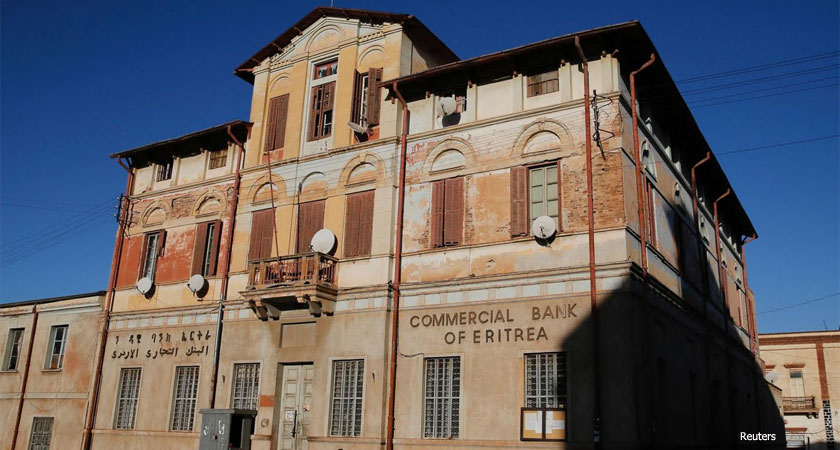 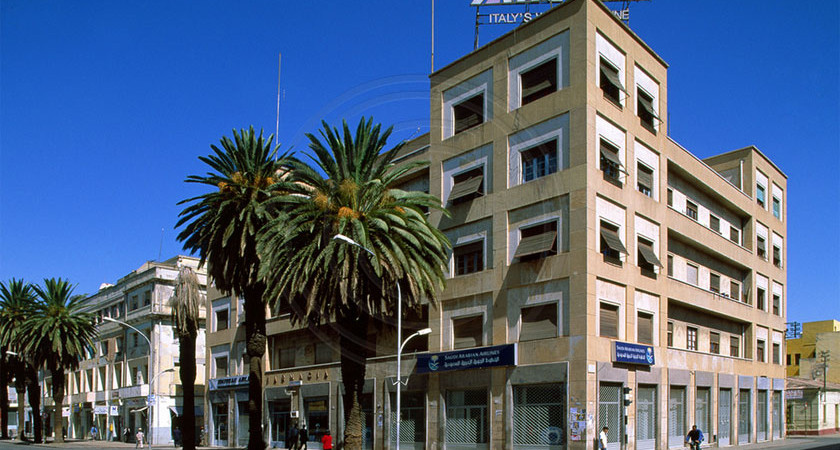 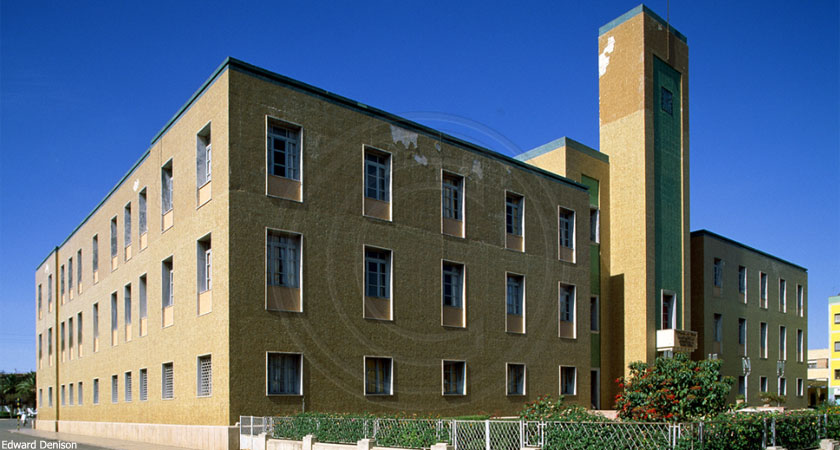 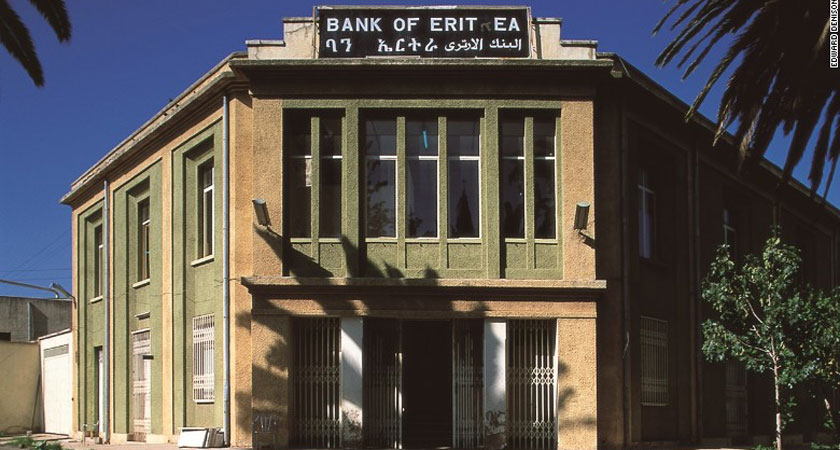 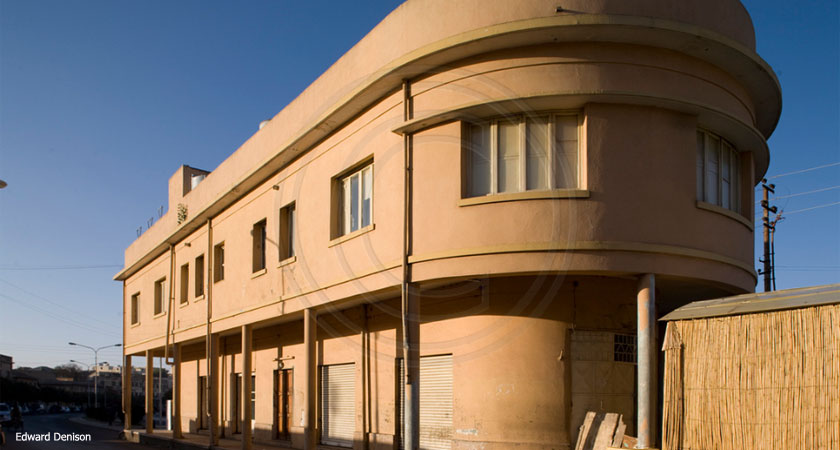 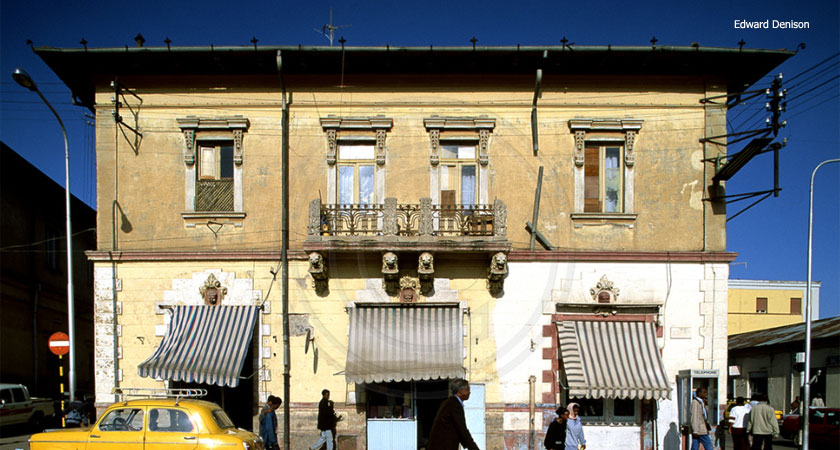 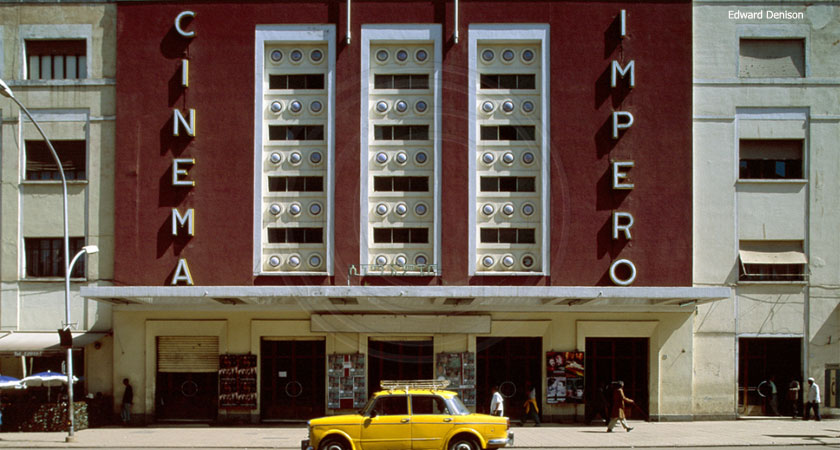 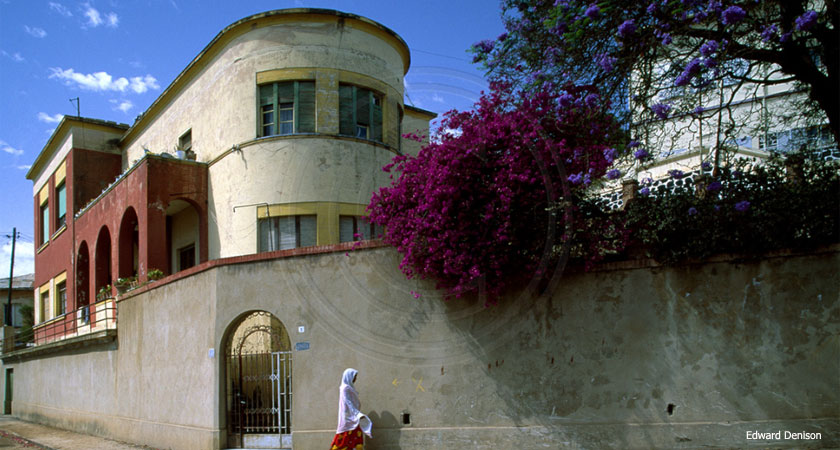 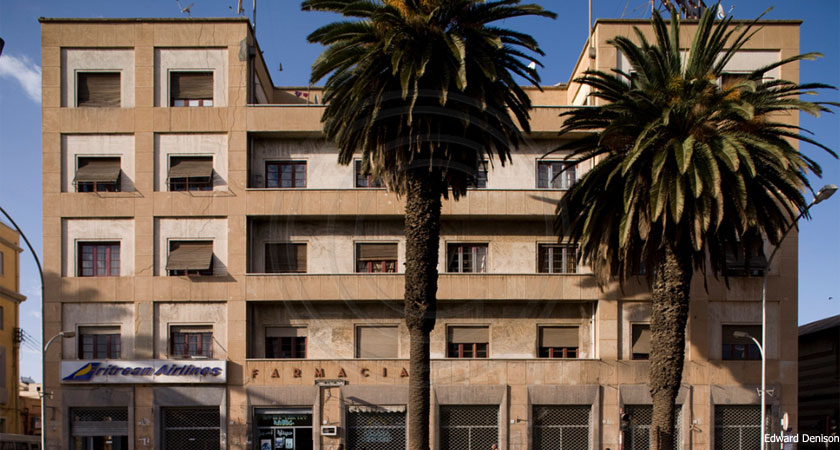 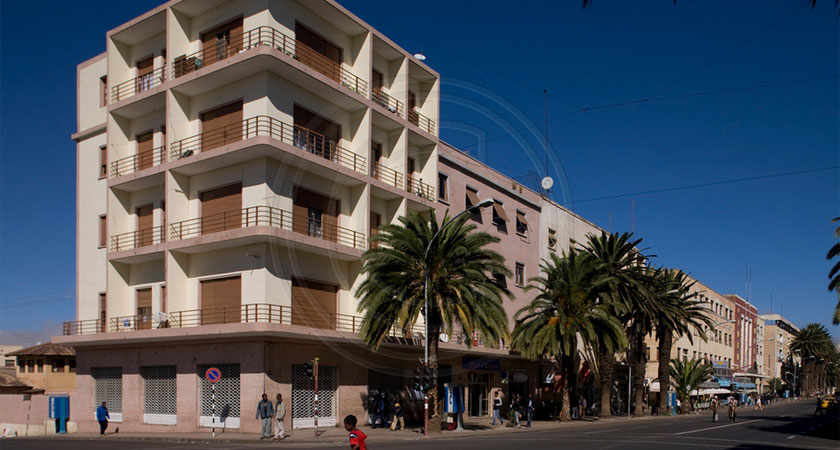 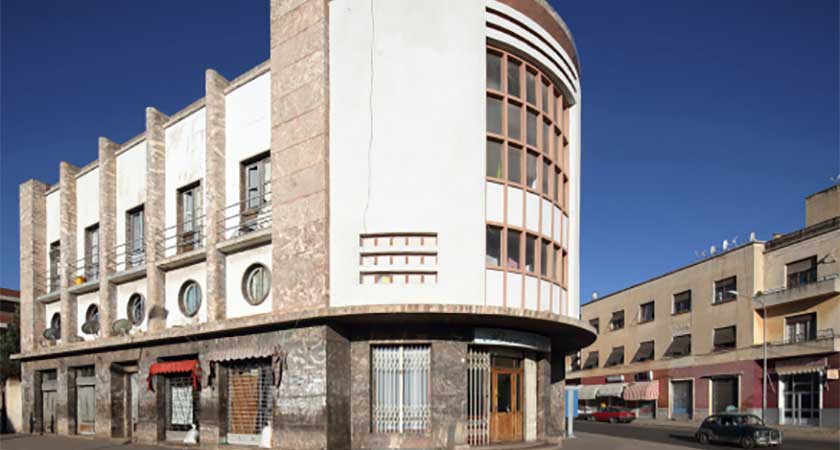 BY SENAIT FESEHA | THE REPORTER

Imagine, if you will, strolling through a quiet city where you may find empty intersections and very few people on the streets; a city with seemingly little connection with the outside world, as if it was located on an entirely different planet altogether.

It is not fortunate in its airport. Landing in the small airport, one is welcomed (or rather unwelcomed) by the grey marble interiors, water stained ceilings and posters cello-taped here and there to walls. But a drive to the city will soon reveal its bygone era charm.

Strolling through the city is like going back in time. It feels as if the buildings, vehicles, streets, cafes and virtually everything stayed in a time capsule; even after decades of conflict, war and repression, the structures are still standing.

It might be tempting to explore Asmara in a grumbling vintage car or ride a bicycle everywhere as most of the locals seem to enjoy, but the most delightful way of getting around is walking. In a leisurely pace, one can cover the entire north-south route in no more than two-three hours.

You will quickly realize that the city is not big on monuments and standard tourist attractions; however it is a living museum with an impressive collection of history and architecture (and as a result recognized by the UNESCO as a World Heritage site).

Asmara’s main attraction, the famous ‘Modern City’, is a collection of around 400 notable modernist buildings (predominantly Art Deco in style) scattered throughout the city.

Although buildings resembling submarines, trains or radio sets would look out of place anywhere around the world, they truly belong in Asmara, a cityscape filled with sweeping curves and Modernist design (Futurist, Rationalist, Art Deco…).

The most recognized by international tourists is Fiat Tagliero, an architectural marvel. Fiat Tagliero is an 80 year old Futurist-style building that resembles an aeroplane with stretched wings.

While architectural fans geek out for the gravity defying concrete wings that extend 15 meters on each side (without visible supports), others are fascinated by the legends that surround it. As the first legend goes, the hasty engineer, (Giuseppe Pettazi) held the contractor at gunpoint and ordered him to remove the wooden supports. In another version, Pettazi theatrically stood on one of the wings, threatening to kill himself if the structures collapsed. To everyone’s amazement, the supports were removed, the massive wings stayed put and no one died at its cause, even to this day.

Other sites of interests are Asmara’s nine cinemas. Cinema Impero, Cinema Roma, Cinema Capitol and Odeon Theatre are four of the biggest. Built in the 1930s, these establishments showed ballet shows, operas and other stage performances.

Their bigger-than-life designs, richly decorated interiors, divine stairways, grand circles, archways, and red carpet hall ways give visitors an insight into the life and art of the 30’s. In their heyday, photographs show that these cinemas were a place to be.

Unfortunately today, locals visit them to watch screenings of ‘Premier League’ soccer matches rather than the classic movies these elegant halls were meant to screen. Some of them are in crumbling despair and in need of restorations. Nonetheless they are still one of Asmara’s attractions, and a reminder of the long forgotten glory days.

Whichever place you may find yourself in the city, you can’t neglect to see Our Lady of the Rosary (locally known as the Cathedral) standing majestically into the sky. Built in the early 20s, this Roman Catholic Church is known for its Lombard-Romanesque style and considered to be one of the three prominent edifices of the city, along with Jāmi’ al-Kūlafā’ ar-Rāshidīn (the Great Mosque of Asmara) and Enda Mariam Coptic Cathedral.

Since the premises is big and has interesting surroundings, a walk around the Cathedral is an activity in its own right. Its 52-meter-tall gothic style bell tower stands boldly in the city center and serves as a compass for lost visitors. The bells chime daily to mark several hours of the day. On special occasions, the bells echo throughout the city and the scent of myrrh envelops the surrounding, contributing to its fairy tale type of allure.

Around the city, one’s mind will be put to ease by the soft color pallets of white, beige, tan, pastel and neutral colours of buildings and villas. They are often symmetrical, geometric, simple and pleasing to the eye. It is clear that the city embraces the minimalist nature of art deco style, often fining owners who paint their houses otherwise and limiting building height to 60meters as not to destroy the skyline and overshadow the existing buildings.

Sometimes, especially on Sundays, the city looks strangely void of people. During the hottest time of the day, people park their bicycles near small city parks or beautifully laid out roundabouts to relax under the leafy trees and manicured vegetation, which is a breath fresh air in contrast to the litter strewn, sprawling ghettos of many capitals. 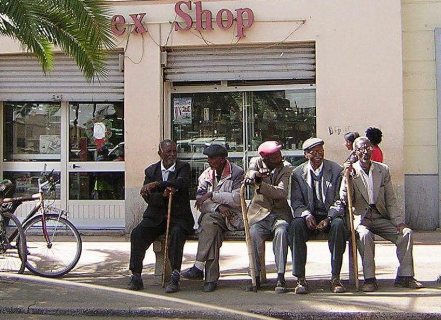 These parks and public benches serve as a habitat for a big fauna of old men in kaki jackets and hats; who are usually reading something, smoking cigarettes or drinking the city’s famous espressos, simply watching the world go by.

And on late afternoons, when Asmara is at its loveliest, its small population of locals go out for walks. Old Italian espresso machines grumble and hiss from inside street-side cafes, pulling in visitors into the retro interiors decorated with black and white checker floor tiles, metal chairs, and old displays brimming high with cakes and sweets, creating yet another nostalgic experience.

Scenic colonial architecture, majestic old hotels and busy cafes on the street sides, Asmara certainly feels like a once dazzling and sophisticated city on its way back. And for what it lacks in immediate wow-factor, Asmara makes up with its longstanding charisma, the kind that gets under your skin the longer you explore.