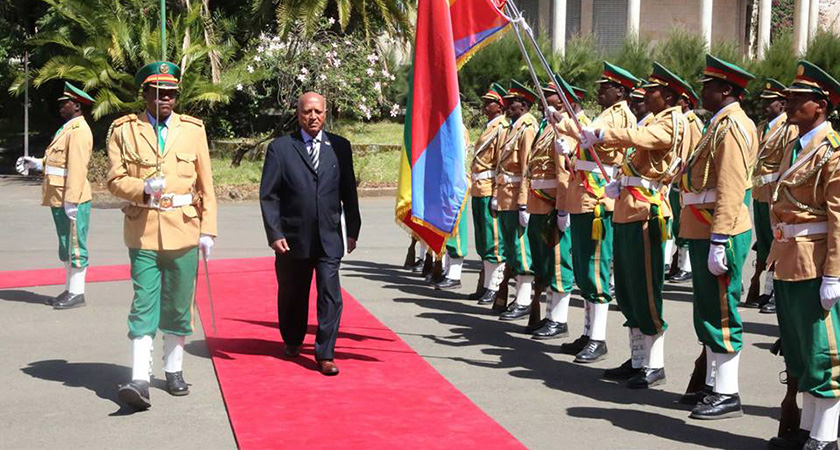 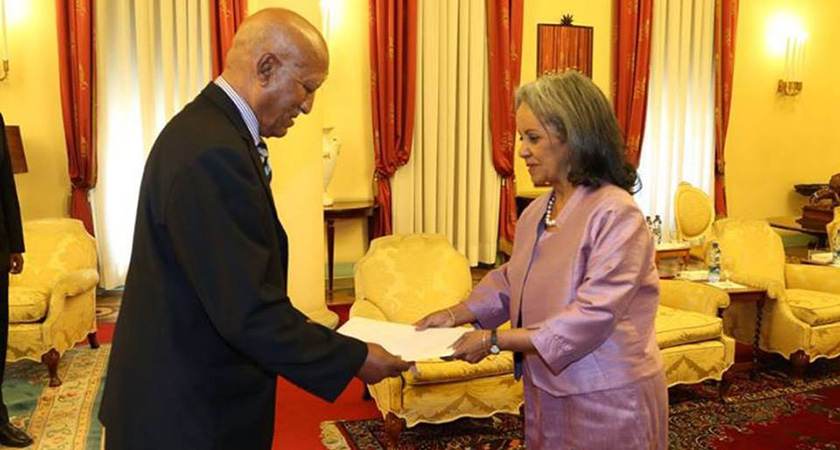 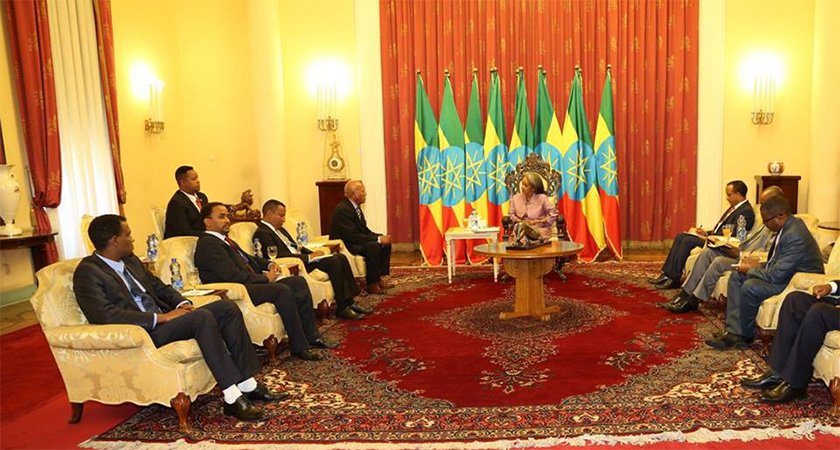 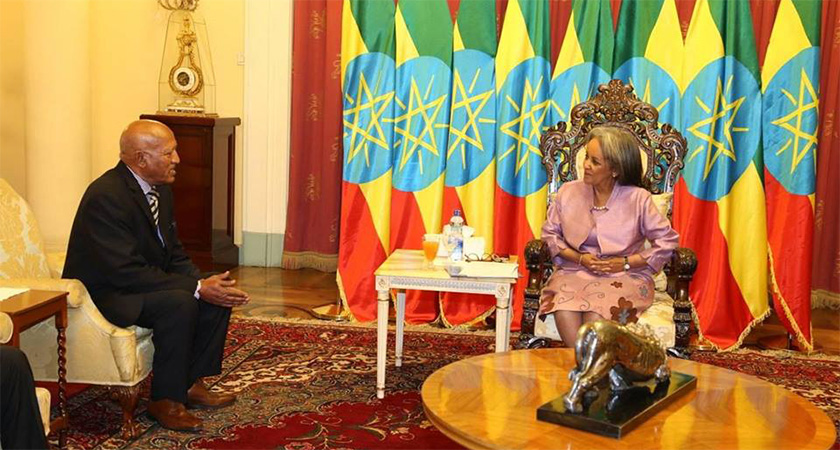 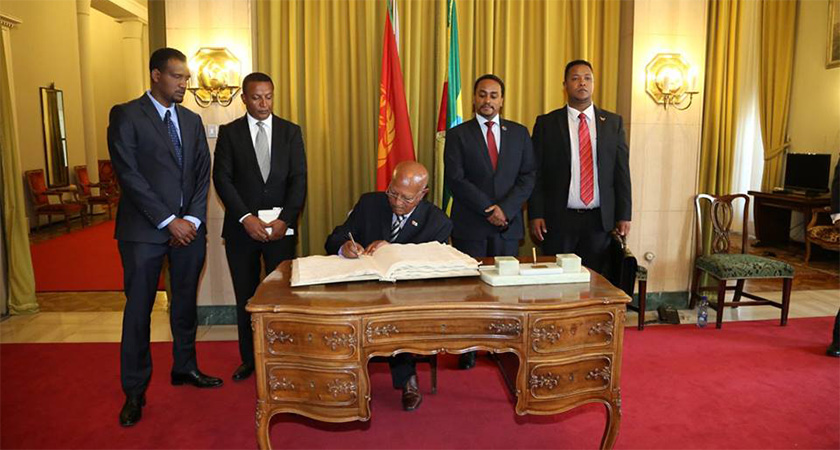 President Sahle-Work Zewde has received credentials of Mr. Semere Russom as Eritrea’s Ambassador Extraordinary and Plenipotentiary to the Federal Democratic Republic of Ethiopia at a ceremony held at the National Palace in Addis Ababa.

Prior to this appointment, Ambassador Semere was the Minister of Education.

Ambassador Semere delivered President Isaias Afwerki’s message of goodwill to President Sahlework and the people and Government of Ethiopia.

Indicating that he will work for strengthening and preserving the relations between Eritrea and Ethiopia, Ambassador Semere said that the new era of hopeful prospect will ensure the aspirations of peace and development of the peoples and governments of the two countries.

President Sahle-Work also expressed the expectation that Ambassador Semere will play due role in strengthening the existing peace and friendship between the two countries.

President Sahle-Work went on to say that Eritrea and Ethiopia have the potential and capacity of contributing for the peace and development among IGAD members and Africa and that needs integrated efforts.

Ethiopian and Eritrea restored their relations with the signing of the Joint Declaration of Peace and Friendship agreement in Asmara last July.

Ethiopia appointed Redwan Hussein as its Ambassador to Eritrea.

Ambassador Semere Russom has served as Eritrea’s first Ambassador to the United States and Canada, as well as Governor of the Central region in previous years.

Ambassador Semere continues to have his Ministerial rank.

* MoI and Fana BC contributed to the story