The specific charges against the 71-year-old Ethiopian-born billionaire, who holds Saudi citizenship are unclear, but he joins dozens of Saudi royal figures, ministers and businessmen being detained at the Ritz-Carlton in Riyadh.

However his arrest is also causing shockwaves more than 1,000 miles away in Ethiopia, where he is the single most important figure in one of Africa’s “fastest growing” economies.

Crown Prince Mohammed bin Salman, 32, is behind the unprecedented purge, which began on 4 November, to clean up what is widely seen as decades-deep rooted corruption in the kingdom.

Those detained include at least 11 princes, two of whom are nephews of the king, Salman bin Abdulaziz Al Saud.

The Saudi government described the detentions as “merely the start of a vital process to root out corruption wherever it exists”.

US President Donald Trump backed the moves in Riyadh earlier this month.

He tweeted: “I have great confidence in King Salman and the Crown Prince of Saudi Arabia, they know exactly what they are doing. Some of those they are harshly treating have been ‘milking’ their country for years!”

Cutting deals with the state

Many of those detained are understood to be cutting deals to pay back billions to the Saudi government and win back their freedom.

Investor Sheik Al-Amoudi, whose net worth is estimated at $10.3bn, will share quarters with the kingdom’s richest man Prince Alwaleed bin Talal, whose $16.7bn wealth has come from a broad range of holdings including stakes in Citigroup, Twitter and the Four Seasons hotel group. 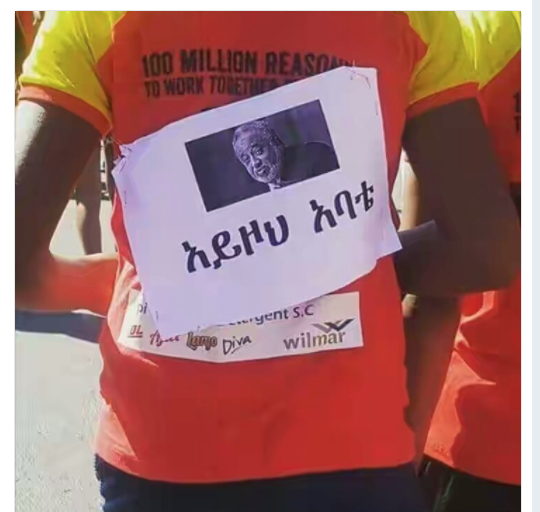 Hussein Al-Amoudi’s investments in Ethiopia, which span food, energy and retailing, are estimated at $3.4bn, representing 4.7% of Ethiopia’s current GDP. His companies employ around 100,000 people, around 14% of all those who work in Ethiopia’s private sector, one of the fastest growing in Africa.

“The Sheikh’s influence on the Ethiopian economy cannot be underestimated,” according to a leaked diplomatic memo from the US embassy to the US Treasury Department.

It added: “The Sheik has cherry-picked the best of the companies sold to date.”

He attempted to reassure the country that Amoudi’s investments in Ethiopia would not be affected by the moves in Riyadh.

A spokesman for the Ethiopian Investment Authority added: “The country’s economy can never ever sustain itself by a single investor – it’s a 100 million population for heaven sakes. How can it just depend on a single investment?”

But economic observers say the potential seizure of Al-Amoudi’s assets could have a great affect on Ethiopia.

Henok Gabisa, a visiting academic fellow at Washington and Lee University School of Law in Virginia and an Ethiopian researcher, said that the Addis Ababa government are now “panicking”, reported Middle East Eye.

He added: “He is a person whose presence or absence might affect the country’s economy.”

Al-Amoudi was born in Ethiopia in 1946 to a Ethiopian mother and a Saudi father, but at 17 he emigrated to Saudi Arabia to work with relatives, becoming a full Saudi citizen in 1965.

His breakthrough deal came in the late 1980s when Saudi Arabia was trying to strengthen its security during the Iran-Iraq war. It offered lucrative tenders on a series of underground oil storage facilities, which saw Al-Amoudi step in after Western firms dithered over taking up the project.

Al-Amoudi’s influence grew in the country of his birth in the early 1990s following the coup that ended the 17-year-old Marxist Derg regime. As Ethiopia switched to a free market economy, Al-Amoudi moved quickly to acquire large stakes in industries that had been nationalised.

He controls over 70 firms in Ethiopia that cover a wide-range of activity spanning coffee and tea, meat, bottling, mining and tourism.

If Sheik Al-Amoudi is forced to cut a deal with the Saudis that includes some of his substantial Ethiopian assets, that could see key parts of the booming north African country’s economy up for grabs.