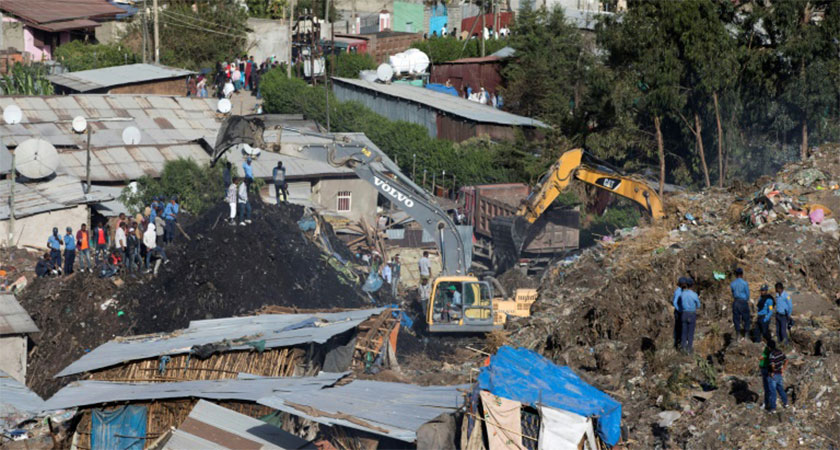 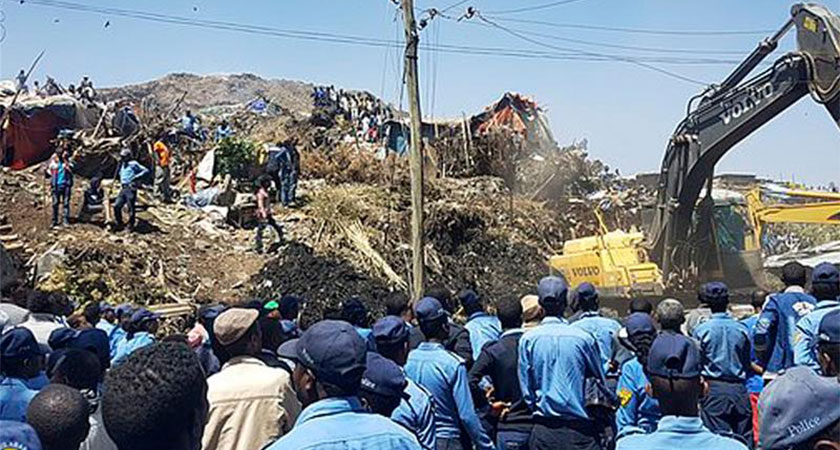 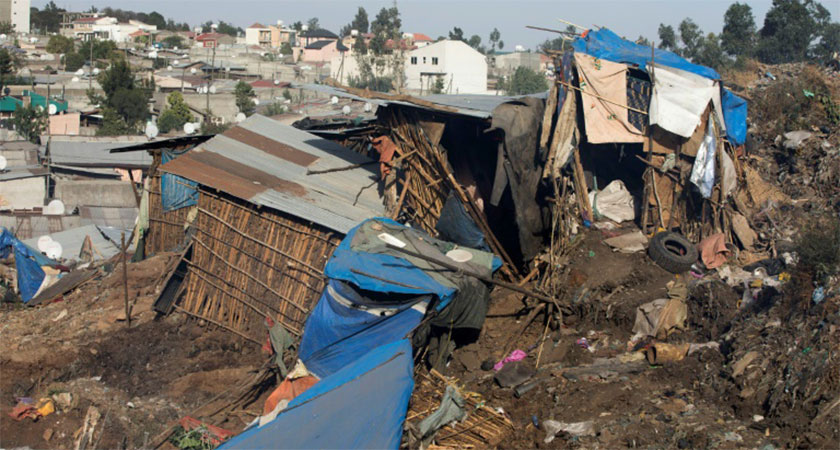 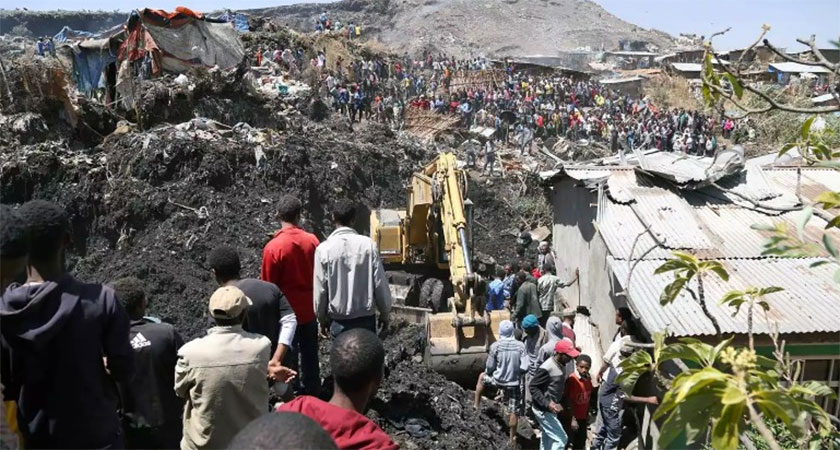 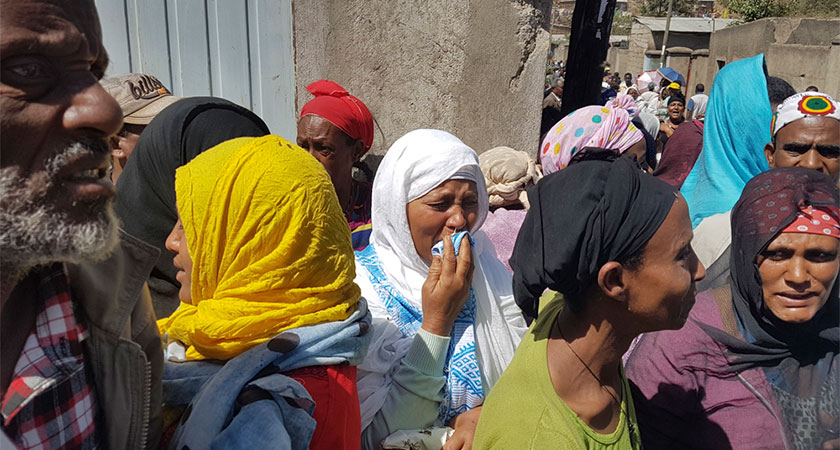 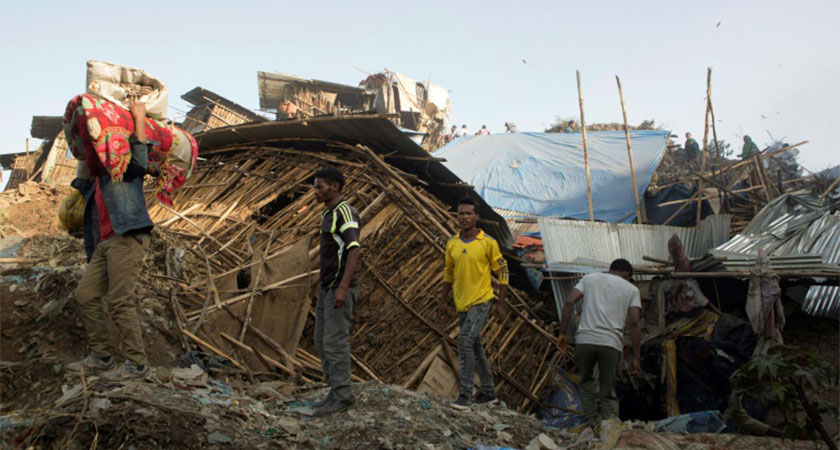 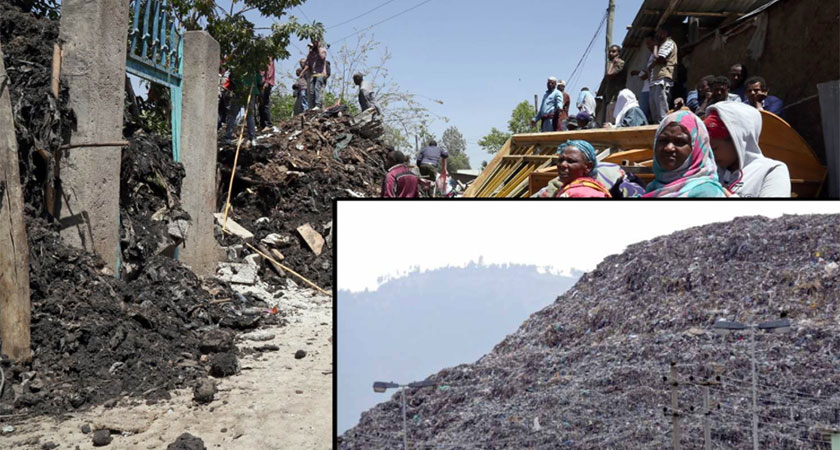 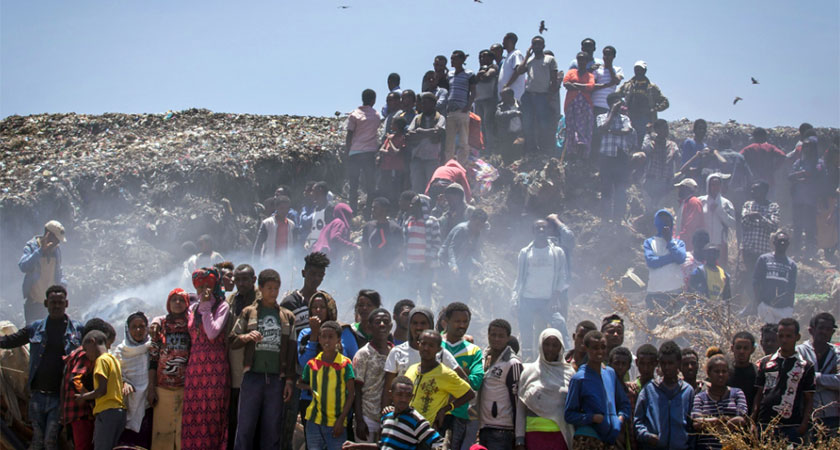 At least 48 people have been killed and dozens are missing after a landslide struck at a massive garbage dump on the outskirts of Ethiopia’s capital.

The landslide late on Saturday levelled more than 37 makeshift homes of squatters living inside the Koshe landfill on the outskirts of Addis Ababa, said Dagmawit Moges, head of the city’s communications bureau.

Moges said most of the dead were women and children, and more bodies were expected to be found in the coming hours.

It was not immediately clear what caused Saturday night’s disaster. “We expect the number of victims to increase because the landslide covered a relatively large area,” he said.

The landfill has been a dumping ground for the capital’s garbage for more than 50 years.

About 150 people were at the site when the landslide occurred, resident Assefa Teklemahimanot told The Associated Press news agency, adding dozens were still missing.

Many people at the site had been scavenging items to make a living, but others live at the landfill because renting homes, largely built of mud and sticks, is relatively inexpensive there.

“My house was right inside there,” said a shaken Tebeju Asres, pointing to where one of the excavators was digging in deep, black mud. “My mother and three of my sisters were there when the landslide happened. Now I don’t know the fate of all of them.” 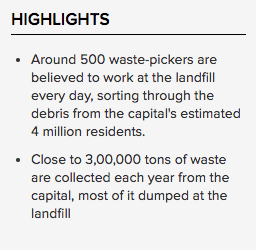 The resumption of garbage dumping at the site in recent months likely caused the landslide, Assefa said.

Dumping had stopped in recent years, but it resumed after farmers in a nearby restive region where a new garbage landfill complex was being built blocked dumping in their area.

Smaller landslides have occurred at the Koshe landfill in the past two years, Assefa said.

“In the long run, we will conduct a resettling programme to relocate people who live in and around the landfill,” the Addis Ababa mayor said.

Since 2010, city officials have warned the site was running out of room for trash.

City officials in recent years have been trying to turn the garbage into a source of clean energy with a $120mn investment. The Koshe waste-to-energy facility, which has been under construction since 2013, is expected to generate 50 megawatts of electricity upon completion.