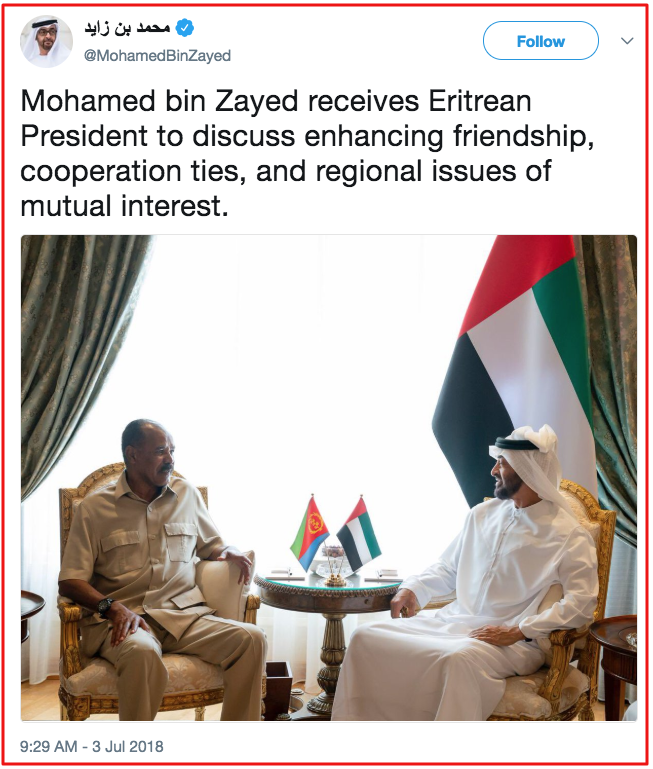 During the meeting, which was attended by Sheikh Mansour bin Zayed Al Nahyan, Deputy Prime Minister and Minister of Presidential Affairs, Sheikh Mohamed bin Zayed welcomed the Eritrean President, and expressed his hopes that this visit will contribute to strengthening ties between the UAE and Eritrea, for the benefit of both nations and their friendly peoples.

Sheikh Mohamed and President Afwerki reviewed current bilateral relations between the two countries, in addition to exchanging views on recent regional and international developments and trends of mutual importance.

The two sides also covered possible opportunities for cooperation across the trade and investment sectors.

Higher overall investment; development of physical infrastructure in all sectors; laying the foundations for effective implementation of agricultural and manufacturing projects were broad areas of cooperation agreed in today’s meeting.

* Sharjah 24 and @hawelti contributed to the story