Ethiopia and the Horn of Africa: Prospects for a Stable, Democratic, and Prosperous Future 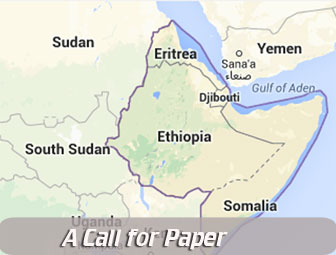 A Call For Paper

THE Ethiopian Satellite Television and Radio (ESAT), in collaboration with Ethiopian academics and advocates, is pleased to host a timely symposium on issues related to Ethiopia and to the Horn of Africa.

Ethiopia is a country crippled by successive tyrannical regimes, divided along ethnic lines and engulfed with acute socio-political problems. As large and as politically important Ethiopia is, it has been weak; hence unable to secure peace, stability and prosperity in the country and the sub-region. In fact, contrary to its potential magnitude as a stabilizing force, beleaguered by its own instability and internal polarization of ethnic groups, Ethiopia can be the most destabilizing force and a source of further instability in the Horn of Africa.

The Horn of Africa is a volatile region characterized by political instability and conflict. It is no secret that the current Ethiopian regime has a major role for such condition of instability. Its geopolitical importance, large population size (Christian & Moslem) and its diverse ethnicity have made Ethiopia the most strategically placed country in the Horn of Africa. If it plays its hands wisely, Ethiopia can be a major force for a positive outcome in the region. Unfortunately, the current rulers have diminished the strategic importance of Ethiopia.

The Horn of Africa is at a crossroads more than ever before. Almost all countries of the Horn region are plagued with extremely serious problems of our era such as lack of good governance, terrorism, abject poverty, and land grab, ethnic polarization and conflict. Ethiopia is at the centre of all these problems, and it’s apparent that unless the crises facing Ethiopia are addressed immediately, these problems will aggravate and ravage the country and the sub-region.

The current minority regime in Ethiopia has demonstrated, time and again, that it does not have what it takes and the mass base in order to enhance Ethiopia’s long standing strategic importance in the region. Democracy is a system of accountability and transparency; hence a sweeping democratic change in Ethiopia guarantees internal peace and stability. Most importantly, the influence of a democratic, stable, and strong Ethiopia shall resonate throughout the sub-region and the rest of Africa. Ending the cycle of dictatorship and democratizing Ethiopia is a task that primarily belongs to Ethiopians. Therefore, this is high time to bring scholars, political leaders, community leaders, activists, advocates, and other key stakeholders to thoroughly examine those critical areas that are affecting the region and its people the most and put forward practical solutions. Therefore, ESAT, has organized a two-day symposium.

Academics, advocates and activists are kindly invited to submit a paper for possible consideration to be presented at the upcoming two-day conference entitled “Ethiopia and the Horn: Prospects for a stable, democratic, and prosperous future”.

The main objective of this conference is to raise awareness about the current challenges in the Horn of Africa and Ethiopia, and suggest possible interventions that would allow the region to enjoy lasting peace, stability, democracy, and prosperity.

The following are the specific objectives of the conference:

1./ Raise awareness on national and regional issues such as lack of democracy, good governance, ethnic politics, fundamentalism, and so on.

2./ Understand the current situation in Ethiopia and devise strategies to bring a lasting change in the region.

3./ Redirect the attention and focus of the international community to address the real causes of instability in the Horn and examine (re-examine) Ethiopia’s strategic roles, and also her counterproductive contributions in destabilizing the region.

4./ Identify the roles civil societies; political parties, and the media could play in shaping the future of the Horn at large and Ethiopia in particular.

The areas of focus will include, but not limited to:

2./ The Democratic forces and the 2015 national election: Is there a meaningful benefit participating in an election without the requisite conditions for a democratic, free, and fair election in the country?

3./ Current and new directions for Ethiopia and the Horn of Africa;

4./ Areas of interventions and resolutions as we look ahead to immediate and long-term future.

Note: If you are interested to submit a paper, you may please contact us to get the concept paper that details the subtopics under each focus area listed above.

Submit an Abstract and Paper before the deadlines indicated above. You can submit your work in Word or PDF format. The maximum word count for the Abstract is 250 words while 10, 000 words for your final Paper.

If you may have any questions or need further explanations, you’re most welcomed to contact the organizing committee of the conference.