DURING the weekend of 4th – 6th July 2014, Eritreans in the diaspora will organize a three day festival to celebrate the 40th anniversary of the commencement of the hugely influential Eritrean festival that begun in Bologna in 1974 during the Eritrean struggle for independence.

The three day “Festival Bologna 2014” will be a platform for Eritreans in the diaspora to remember and celebrate the following:

1. The achievements, commitments, resilience, and the sacrifices of Eritrean communities across the globe in order to attain, secure and safeguard Eritrean independence;

2. The nostalgic memories of the Bologna Festival and the role it played in unifying Eritrean resolve and commitment to their nation;

3. The renewal of mekete and the role of the new generation Eritrean youth in shouldering its responsibilities; and

4. To commemorate, remember and pay respect to all Eritreans who committed and sacrificed their lives for the just Eritrean cause.

The Festival will host scores of seminars, lectures, musical shows, drama, comedy, poems, and sport competitions that will reflect the theme of the festival and will be entirely organised and executed by the Eritrean communities in the Diaspora.

The organizing committee of Festival Bologna 2014 has completed all major preparations such as securing the venue and other necessary infrastructure required for the festival and has met
recently in Bologna for the final stages of planning. The organizing committee has secured hotels, camping sites and caravan sites in preparation to host thousands of Eritreans, and friends of Eritrea, during the Festival weekend. Subsequent communication will be made using all Eritrean media outlets with updates on the festival.

In order to assist with planning and operation of Festival Bologna 2014, the organizing committee requests that all participants register by completing the following online form: 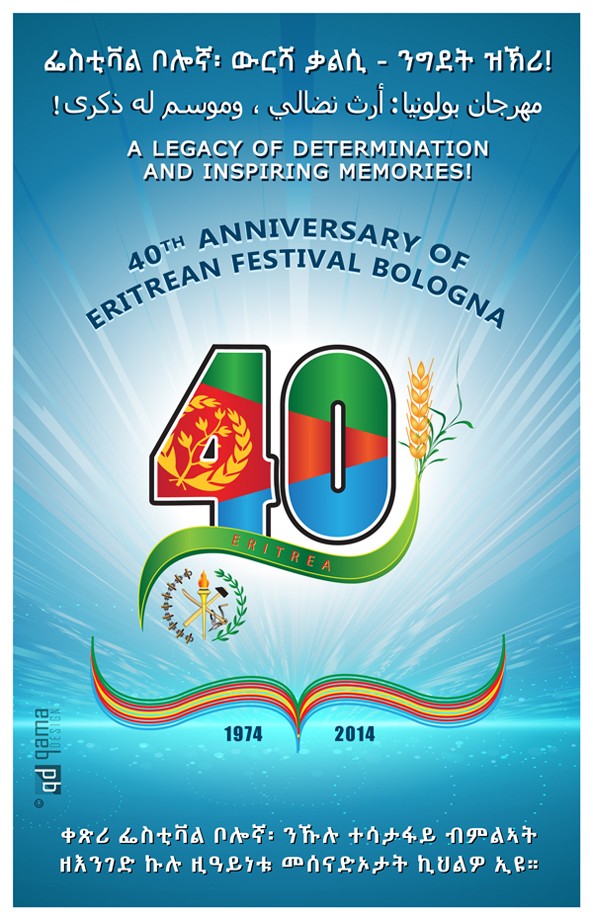